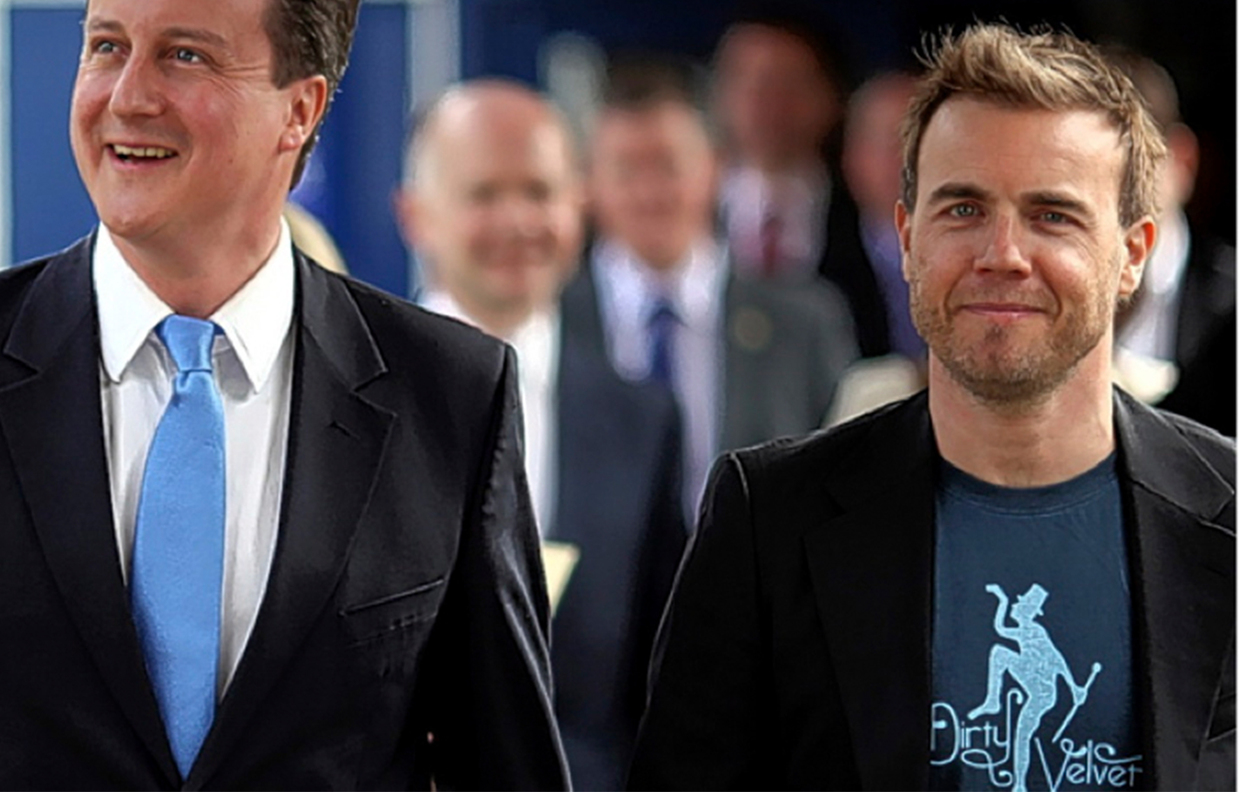 Prime Minister - David Cameron gets Take That frontman Gary Barlow out on the general election campaign trail in some shameless media electioneering. Pictures hit the newspapers, news broadcasts and even making it onto 'Have I Got News For You'.

Dirty Velvet would like to make it clear that we do not endorse any political party. In fact, we are keen to see the majority of politicians fed into an industrial mincing machine and made into cat food.